Under the new bylaws approved in June 2019, we have completed the Board of Directors’ implementation. Each PTO has appointed a representative for the Board. The Board members include:

The newly appointed Board of Directors convened their first meeting in December 2019. At that time the Board was briefed on the operations of the organization and the recommendations made by the previous Board of Directors in July 2018, which have also been enacted and are in the final stages of implementations. The Board of Directors meet quarterly.

THE LATEST FROM CHIEFS OF ONTARIO

(Toronto, ON, November 22, 2020) Today, the Chiefs of Ontario and Ontario Regional Chief, RoseAnne Archibald, are calling for action on

(Toronto, ON, October 2, 2020) The Chiefs of Ontario and Ontario Regional Chief RoseAnne Archibald are marking October 4th, Sisters in

(Toronto, ON, September 30, 2020) Today, the Chiefs of Ontario and Ontario Regional Chief RoseAnne Archibald are encouraging participation in the

Stay social, informed and connected with your members. Seniors’ Centre Without Walls (SCWW) is a free interactive telephone-based group activity program that connects

Save the Date: Renewal of the Canada-Ontario Agreement 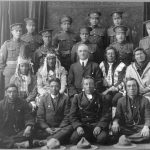 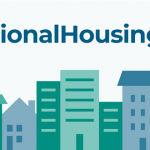